was formed by Connaitre Miller in the spring of 2002. Now in their 18th year of existence, Afro Blue, the dynamic vocal jazz ensemble from Howard University, has performed to wide critical acclaim.  Singing music similar to the styles of Lambert, Hendricks and Ross, The Manhattan Transfer and Take 6, while adding their own unique sound, Afro Blue continues to maintain a standard of excellence from year to year. Their repertoire is an eclectic mix of musical styles from traditional and contemporary jazz favorites to modern jazz and R & B influenced original songs.

has a rich performance history having reached the top four on The Sing-Off, NBC-TV’s a cappella group competition; joined the legendary Bobby McFerrin in selections from his Grammy – nominated VOCAbuLarieS album as part of the D.C. Jazz Festival; and appeared in concert multiple times with world-class jazz pianist and Howard university alumna, Geri Allen.

Afro Blue has been featured on NPR in a segment of All Things Considered, a Tiny Desk Concert, and an hour long Christmas special titled “An Afro Blue Christmas,” which continues to air nationally during the holiday season.

Afro Blue has established a continuing relationship with The John F. Kennedy Center for The Performing Arts having participated in multiple concerts.

Afro Blue has shared the stage with K.C. Artistic Directors for Jazz, Dr. Billy Taylor and Jason Moran, as well as, Marvin Hamlisch and The National Symphony Orchestra (NSO) Pops. In April 2018, Afro Blue appeared as the featured artists in two sold out shows in the K.C. Jazz Club as part of their Breakout Artist Series. 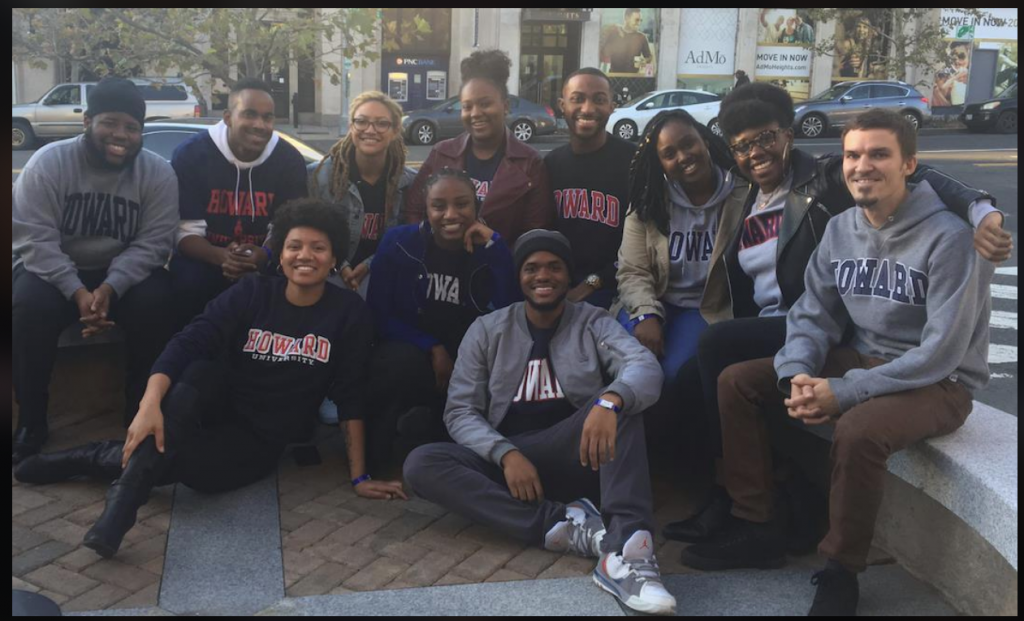 has performed several times at the historic Apollo Theatre in Harlem, NY and appears on the recently released album Ella 100:  Live at the Apollo with Patti Austin and the legendary Count Basie Orchestra. Afro Blue was honored to perform for President and Mrs. Obama twice at The White House: for a Christmas party given for White House employees in 2013, and in 2016 with Kelly Clarkson, Marc Anthony, Yolanda Adams and Chance the Rapper for the National Christmas Tree Lighting ceremony.

Locally, Afro Blue was voted Best A Cappella Group five years concurrently by The Washington Area Music Association (WAMA), and their CD, The Best is Yet to Come, was voted album of the year in 2012. In February, 2020, Afro Blue released their latest album, We Shall Overcome.  In his album review posted on All About Jazz, Jack Bowers writes: “As vocal groups go, Afro Blue has to be at or near the top of anyone’s list.  And there’s no doubt it is enunciating jazz, albeit of a slightly uncommon variety.

But, no matter its guise or purpose, the music speaks for itself, and its rating rests on individual and collective excellence.” Afro Blue has released 6 additional recordings and is also featured on the John Blake Jr. recording of jazz spirituals titled Motherless Child.